Suzuko Brown-Mamoto joined the English Department of Seinan Jo Gakuin University in April 2010. Her research interests include the study of literature, culture, and gender. One theme of particular interest to her is the pursuit of happiness in “women’s lives” seen in contemporary literature and films.

Would you like to work professionally after graduation? Or would you rather be a house wife? A “backlash” is a form of strong negative reaction against a social or political development. We will watch extracts from Adrian Lyne’s Fatal Attraction (1987) and explore the concept of backlash against feminism based on the works of American journalist and author, Susan Faludi.

Riho Yajima, a 2nd Year English Department student, will start this lecture with a short talk on her trip to France during the summer vacation with Kyushu Institute of Technology’s Rocket Club.
Tags
English lecture feminism 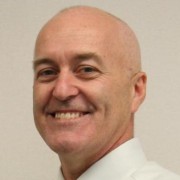